What are Birria Tacos?

Birria tacos, if you haven’t heard of them yet all over social media and the internet, is traditionally an addictive sweet, sour, slightly spicy, and utterly savory Mexican beef stew that’s slow cooked until the beef is tender and fall-apart juicy and delicious. Someone had the bright idea to stuff this beefy goodness into a taco shell, and then dip the whole mess into the stew and fry it up. They blew up after that, and the rest is history. But unlike most fad foods, Birria tacos are so good you’ll be making them every week.

Because Steph still has RSI, I’ve been making all our dinners while we chat and watch youtube each night, and in our house that always means taco nights. While my go-to tacos areSteph asked to mix things up a bit with something a little more modern, and suggested birria tacos. It was so good and so simple I think this just jumped to the top of my list for all of our future taco nights. 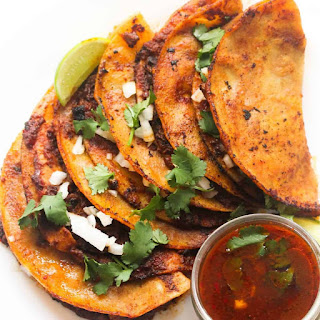 It’s really in dipping the tortilla into the stew and frying it to a crisp that the magic happens, so don’t skip this step. Tacos are good but very few people who don’t live in the southwest know that tacos only become truly transcendent once you cook the tortilla in fat. Traditionally they do this in butter or lard, but here we use the fat from the top of the stew to give it that extra kick. Once you bite into a crisp fried taco shell, you’ll never go back.

You can make this stew any way you like, but I prefer it in the instant pot because it’s so much faster, and keeps more of the flavor locked inside the dish. Those yummy smells that fill up your house when you slow cook for hours? Those are flavor particles, and that means that’s flavor that’s not in your soup. But, regardless of how you make this, it’ll come out absolutely delicious, so pick whatever method is best for you.

Popular posts from this blog

May 19, 2022 By FOODCLUB22
Learn how to cook steel cut oats in four different ways: microwave, stovetop, overnight, and slow cooking. Choose your preferred method based on convenience and batch size. This nutritious carbohydrate is a healthy and affordable meal to start the day! One of the healthiest grains you can eat Nearly every household has a canister or box of oats stashed in their pantry, or at least they should. This shelf-stable cereal grain is packed within each spoonful. There are various to choose from at the store it can be a little overwhelming. So I’m going to walk you through one of the most popular varieties called steel-cut oats or Irish-style oats. These little bits have a delicious nutty flavor and slightly chewy texture that gets creamy as it cooks. Because they are one of the least processed varieties, they can take a longer time to cook. But not to worry! I have four easy methods you can try that vary in cooking time, hands-on activity, and yield. Choose the one that best suits your need
Read more 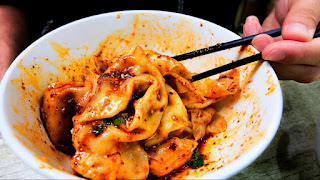 1. Food recipes Food blog means we basically understand it is a blog with full of tasty and  delicious food recipes. What do you say? So it goes ‘Food Recipes’ as first blog post idea for food bloggers. Though there are so many food bloggers who write about food related content but not food recipes. So if you are interested to build a food blog then those ideas may help you to build your blog too.    2. Cooking tips Cooking tips are another excellent blog post idea for food bloggers. Community participation is very much important for such cooking tips. There are a lot of excellent tips and tricks what can be a game changer. Those can be some tricks in baking, boiling, frying, blending and so many other cooking methods too. Any idea what makes your food better can be excellent cooking tips. 3. Kitchen appliance guides Are you in hurry? AND want to save time in cooking then advanced kitchen appliances will be very helpful, particularly nowadays manufacturers are coming up wit
Read more 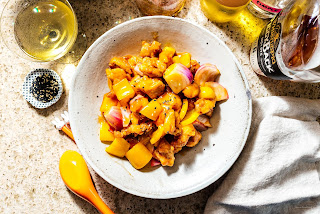 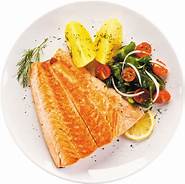 Fish is among the healthiest foods on the planet. It’s loaded with important nutrients, such as protein and vitamin D. Fish is also a great source of omega-3 fatty acids, which are incredibly important for your body and brain. Here are 11 health benefits of eating fish that are supported by research. 1. High in important nutrients Fish is packed with many nutrients that most people are lacking. This includes high-quality protein,and various vitamins and minerals. Fatty species are sometimes considered the healthiest. That’s because fatty fish, including salmon, trout, sardines, tuna, and mackerel, are higher in fat-based nutrients. This includes vitamin D, a fat-soluble nutrient that many people are lacking. To meet your omega-3 requirements, eating fatty fish at least once or twice a week is recommended. If you are a vegan, opt for omega-3 supplements made from microalgae. SUMMARY  Fish is high in many important nutrients, including high-quality protein, iodine, and various vitamins
Read more

How to Cook Chicken Sausages in Oven & on Stove 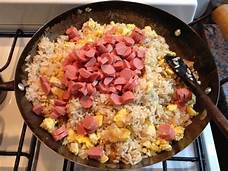 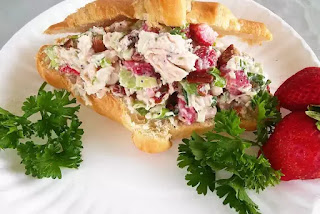 Everyone needs a good, basic chicken salad recipe in their collection of fool-proof dishes. Homemade chicken salad is quick and easy to make with just a handful of everyday ingredients, and is perfect for warm weather picnics, potlucks, lunches, or light dinners. You can add or substitute chicken salad ingredients to suit your preferences, and it's genius at using up leftovers. I'll show you how to make tasty chicken salad using this top-rated recipe for Basic Chicken Salad, and share plenty of tips and ideas along the way.' How to Make Chicken Salad This recipe for Basic Chicken Salad uses six simple ingredients and takes only 10 minutes to make from start to finish. After that, you can serve it up on salad greens, scoop it into pita bread or half an avocado, roll it up in a tortilla for a  wrap , or serve it hot in a quesadilla or chicken melt. Chicken Salad Ingredients Chicken Cooked chicken: chopped or shredded. If you have leftover roast chicken,  grilled chicken , o
Read more

The Best Chicken Recipes of All Time 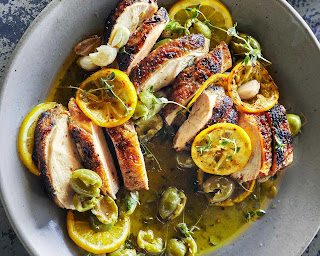 Best Ever Chicken Recipes from Top Food eems all over the web, some of the top searches for dinner recipes are for chicken. I can see why – chicken is super versatile, can hold up to lots of different flavor profiles and doesn’t take a ton of time, as you’ll see in the 35 Chicken Recipes I’m sharing below. First I’m sharing the top five chicken dinner recipes from my site, then you’ll see 30+ chicken recipes from other top food bloggers. These are the best of the best – the highest ranked and pinned readers’ favorites from each site. Enjoy!
Read more

May 19, 2022 By FOODCLUB22
This easy slow cooker chicken breast recipe yields tender, juicy pieces with minimal effort! Season the meat, then gently steam it in the covered pot. The savory juices make for a delicious gravy to drizzle on top. I’m a big fan of using my Crock-Pot for cooking a healthy family dinner. When I’m not sauteing chicken on the stovetop, I love that I can just add the lean white meat to the pot, cover, and let the equipment do the work. The moist-heat cooking environment is similar to the French  en cocotte  method. The results are delectable- aromatic herb-infused bites in a flavorful juice. This recipe is simple and easy, especially for those busy weeknights. To start, open up your spice drawer and grab some bold flavors. After steaming for a few hours, you’ll have flavorful drippings to pour on top or even make a sauce if you’d like. Pair this meal with creamy mashed potatoes and your favorite greens for the ultimate comfort food. It’s also a great meal prep or make-ahead option. Chick
Read more

May 19, 2022 By FOODCLUB22
eople often think light meat is healthier than dark meat. But, honestly, you can’t go wrong with either. They both provide healthy high-quality protein and are rich in vitamins and minerals. hey are also nearly identical in hey are also nearly identical in hey are also nearly identical in Dark meat Turkeys and chickens spend a lot of time walking, so they have more slow-twitch or type 1 muscle fibers in their legs. These fibers allow for aerobic energy production. Oxygen is used in this energy system to convert carbohydrates and fat into fuel. A protein called myoglobin stores oxygen in the muscle cells and gives the meat its darker color. Because the aerobic energy system can use fat for fuel, more fat is stored in the legs and thighs. Dark meat has a bit more and calories than white meat because of the higher fat content. Additionally, dark meat contains more iron, zinc, riboflavin, thiamine, and vitamin B-12 than white meat. Light meat White meat is found in the breast and wings.
Read more